Right to Know About GMOs Advertising 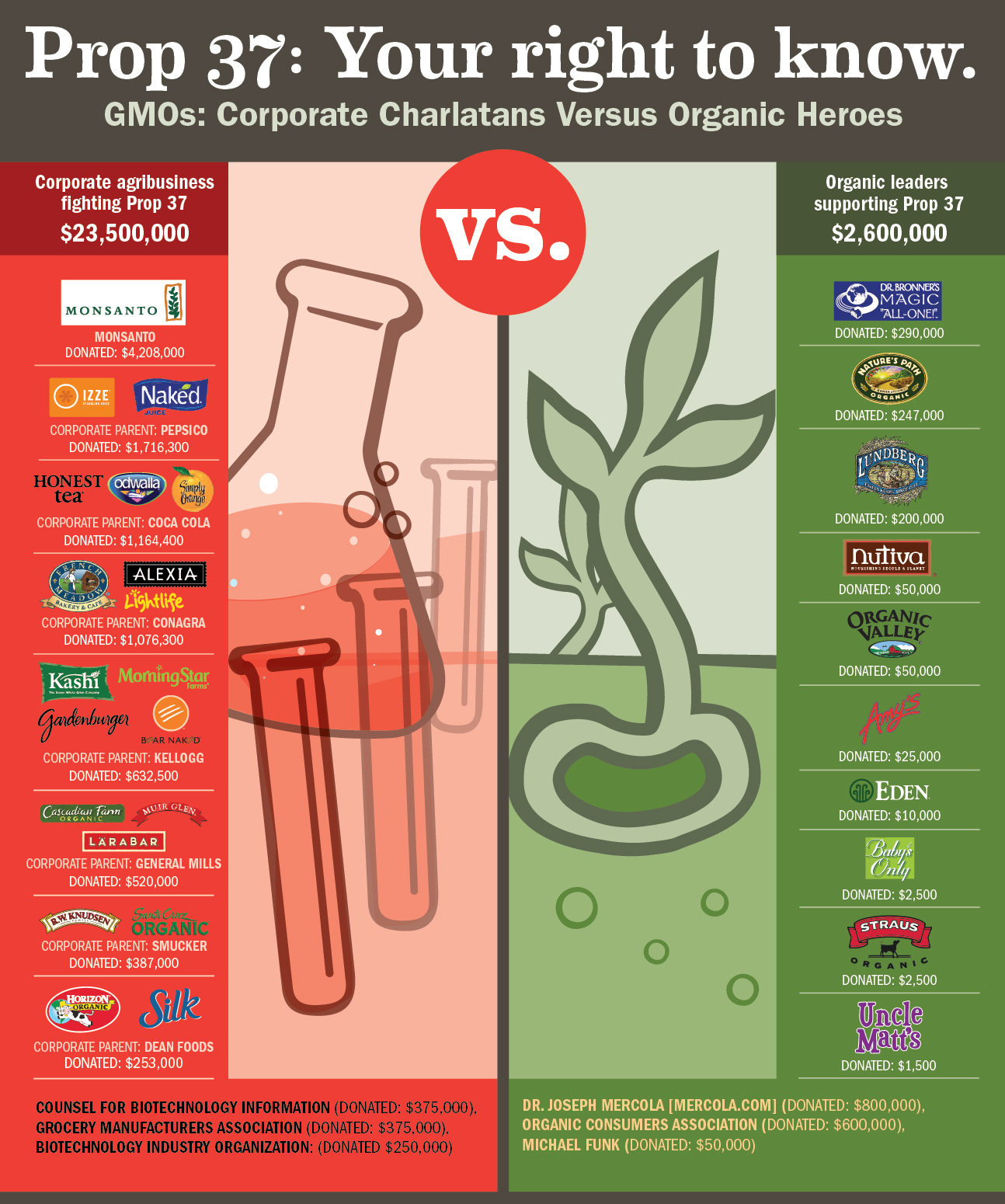 When it comes to your food, it is important that you understand the choices you are making. Whether at the grocery store or your favorite restaurant, you have the right to know whether you are choosing genetically modified organisms or those that grew in their original state.

This is a topic that has come under much fire in recent years as more and more crops are modified to make them more resistant to pests and other things that can interfere with crop consistency. While this might sound like it would be a good idea, there are some things that concern many folks about these foods.

For instance, nobody knows what the long-term implications are involving the consumption of genetically modified foods. Who knows what might happen to your health or even that of your descendants as a result of regular consumption of these foods. After all, the old saying goes that you are what you eat, so if you are eating things not naturally occurring, you are no longer a natural being.

However, even those who don’t want to get into deep theoretical conversations about their spirit have great concerns about their bodies and these foods. Who knows what could happen to the fine nutritional balance that is present in these foods naturally? There could be things being added or taken away that mankind does not yet even understand exists or the importance of it.

This type of arrogance has left much frustrated with their senators and other politicians who have taken somewhat of a blind eye to the whole issue in some cases. Although progress has been made in regards to the labeling of organic and non-organic foods, there is much work to be done regarding genetic modification.

There are some businesses who willingly label their foods according to GMO status. However, there is not currently any oversight involving these things, and it needs to be addressed at the federal level to ensure that there is a consistent understanding at the production and consumer levels.

You have the right to know about any advertising and in which the GMOs is present in your food. Take the time to learn which ballot measures will have an influence on these things and let the appropriate political folks know about your stance. Let them know that as a registered voter that you are demanding that this important issue is taken seriously. If not, you will take your vote elsewhere. If you can get others to take up the banner as well, you can have a positive impact on the movement of having your foods properly labeled and presented to you at the supermarket and elsewhere.

Once you begin to look into the matter, you are sure to understand how serious it is and why you need to become involved. The more folks who choose to speak up, the better off we will all be when it comes to the foods being offered everywhere in the country!